WELCOME TO OUR SITE !

We are waiting for you at our headquarters in Ciano d’Enza (RE) in Via Val d’Enza Nord 286.

Check on the map how to get there ⬇️

THE MYTH OF CANOSSA

Canossa has distant origins, as evidenced by the ancient Celtic-Roman site (300 BC / 400 AD) located on the northern border of the municipal area. But it is in the second half of the year 1000 that Canossa acquires historical immortality, when the Countess Matilde mediates the conflict between the representatives of the two great powers of the moment for the investiture struggle: Pope Gregory VII who embodies spiritual power and Henry IV which embodies the temporal power. The event known as “Canossa’s forgiveness” dates back to January 1077 when Matilde hosted Pope Gregory VII in the castle of Canossa, who made the penitent emperor Henry IV wait outside for three days in the snow. The annals report that the emperor “for three days, in front of the door of the fortress, placed every royal ornament, miserably, like the one who is barefoot and dressed in wool, did not stop begging with much tears for help and consolation of the apostolic blessing”. Since then the phrase “go to Canossa” has been used to mean the act of penance. 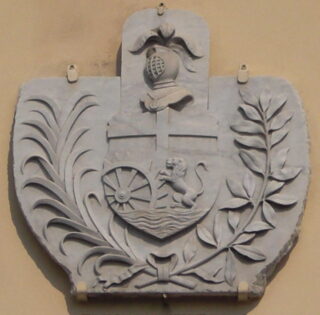